You are here: Home / pay per click advertising / PPC Advertising: Don’t Try This At Home

(This article has been updated)

Google has many ways to extract money from you. The latest is “Smart Campaigns”.

There are many PPC services that I offer, and about half are designed specifically to save you money.

When I say “save you money” I am referring to saving you from paying more money than you need to for better return on investment.

First, let’s consider what Google’s goals are. They want you to get as many clicks as they can (they do this regardless of cost or effectiveness); and to make money. And perhaps this is best to get you seen, so it is not an terrible thing – just inefficient for your budget.

Keep in mind, getting your business seen is not the same as making you money. There is nothing wrong with Google making money – Google advertising is a good and effective service for large and small business when used properly. But, I doubt Google’s team meetings ever start with “how can we save our users money?”.

“I Can Do That”: Famous Last Words

With their Smart Campaigns, Google lulls you into a false sense of security by letting you set the maximum price you are willing to pay for a click, and to set a daily budget. So you’re safe to go in and create your own campaigns, right?

Here is a short list of what can go wrong when you use “Smart Campaigns” instead of a PPC consultant:

Don’t be Tempted to Take The Google Smart Campaigns Shortcut

I was recently hired to manage a campaign that had started as a Google Smart Campaign account. The account was set to expire (supposedly) a few days before. The client even got a warning from Google that their campaign was to expire. The client wanted it to expire, so took no action.

Did it expire? No! It auto-renewed with no warning to the client. So the client was thinking it stopped. Instead, it kept charging for clicks for a few days until I discovered what the system had done.

This is just one example of why you don’t want to automate your PPC campaign.

Another is the quality score. Quality Score is something Google uses to determine the order of the ads shown when multiple companies are bidding on the same keyword phrases.

The client account referenced in the example above, showed quality scores from 1/10 to 3/10, mostly 2/10. These should have been modified or shut off. The groups were so broad that they had 324 phrases, mostly loosely related, in one group. That’s about 300 more than you want folks! And they were all performing poorly.

With my PPC service, I look at the whole picture of your digital advertising. This involves looking at your website, your key phrases, your ad content, your groupings, and your historic (if any) results.

When I let a Google representative know my concerns about how Google is going to scare people off when they get poor results from their automated program, they quickly said “it isn’t our intent to cannibalize our system”. Well, that might not be the intent, but that will be the result. I suspect in the end, they will make so much money off the errant clicks that they just won’t bother trying to save people from themselves.

The Google rep went on to say that they created it “so people could do their own campaigns”. Almost without exception, an expert or specialist in any field achieves better results than an amateur. Google knows this, but they also know the pros can keep businesses on a tighter ad spend with better results.

Google also knows they can get an awful lot of click money from people experimenting with Google advertising without a professional ad agent involved.

I offer free analysis of your Google Ad account, so if you suspect you are paying too much for your advertising, please get in touch.

Ready to get started? 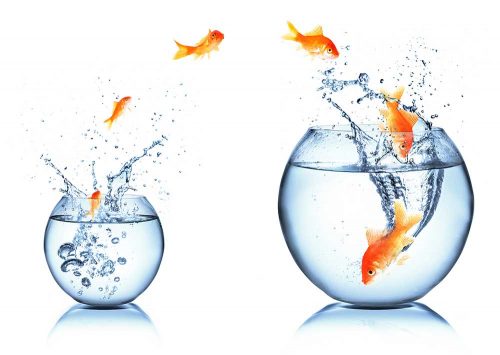 If I'm not doing my job, you shouldn't be forced to continue to use my internet advertising management services.

Get a Free Estimate